An international PCT “SEPARASE INHIBITORS AND USES THEREOF” (PCT/US2014/061353) was filed on October 20, 2014 and was issued August 21, 2018. The proposal covers the compositions that inhibit Separase activity, including a wide range of envisioned structures including but not limited to Sepin-1. The patent claims over the use of these compounds to treat tumors in various tissues, including but not limited to breast cancer via various administration routes and formulations.

The Baylor Licensing Group disclosure related to this patent is OTA 12-052 “Inhibitors of Cohesin Protease Separase for the Therapy of Aneuploid Human Cancers”.

There are no known encumbrances which will prevent commercial development of the proposed product. 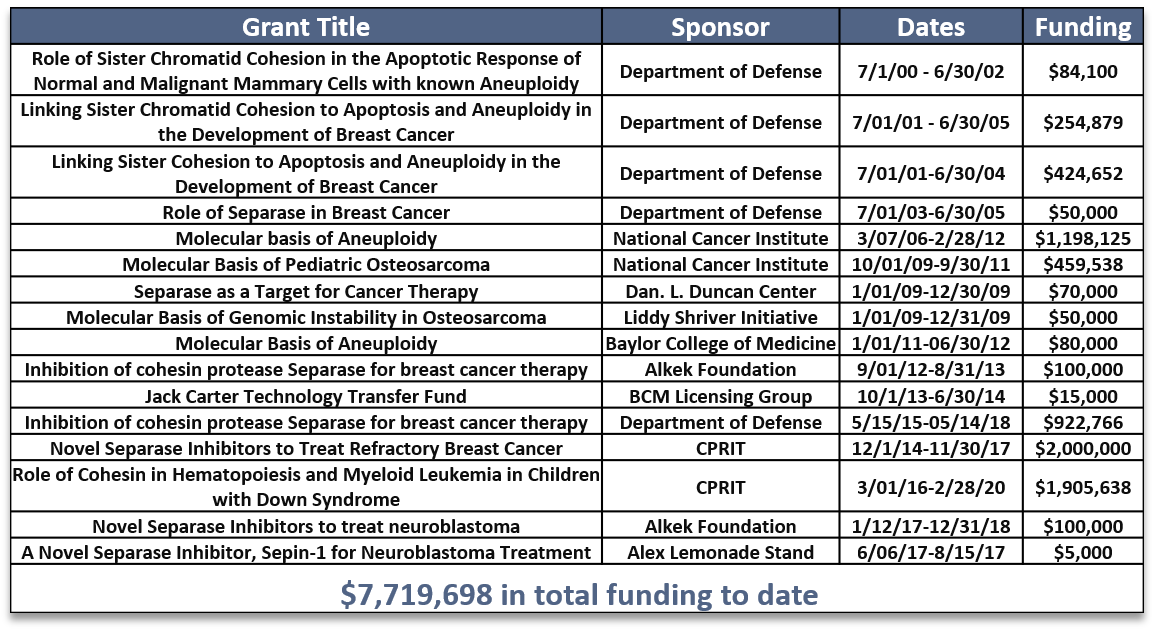